Daniel qualified in 2010 and has worked in musculoskeletal services at WUTH ever since. After he completed his MSc in advancing musculoskeletal physiotherapy in 2018, he started working in the MCAS team rotating annually between upper limb (inc hands), lower limb and spinal. He continues to split his role between first contact practice in primary care and the MSK service in secondary care. In addition, he is also skilled in injection therapy, performing monthly clinics at WUTH.

Steve gained his BSc (Hons) degree in Physiotherapy from the University of Salford in 2008, after previously gaining a BSc. in Applied Biology from Liverpool John Moores University. He has completed a range of post graduate training courses in various topics including Gait analysis with the European Society of Movement Analysis Centres, Pilates with the APPI and is also trained in Movement screening and Bike fitting for physiotherapists.

He has previously worked as an Advanced Physiotherapist at the Gait Laboratory at Alder Hey Hospital and as an MSK physio in the private sector.

Steve played county level Hockey in his youth and has played many other sports recreationally, he likes to challenge himself with triathlons and has completed several Olympic distance races. Due to this he has a particular interest in sports injury management and rehabilitation. He has worked with athletes from various different sporting environments. Steve has previously been a rugby club physiotherapist for Birkenhead Park RFC and Cheshire RFU representative teams.

Steve has over 10 years of clinical experience and has treated people of all abilities through to international athletes. This enables him to care for patients from the very onset of an acute injury through to the final stages of rehabilitation, in order to reach their functional goals or return to sport.

Heather qualified in 2001 from Manchester University and spent the first 2 years of her career in a rotational post at University Hospitals Aintree and Walton Centre for Neurology and Neurosciences.

Following this, she specialised as an MSK physiotherapist and gained experience in different trusts through locum posts and in private practice. She joined Wirral Community NHS Trust as a Specialised Physiotherapist in 2006, working as a senior member of the MSK team.

During her time at WCNHST, she worked predominantly within the Birkenhead PCN and has 15 years experience of local pathways and MSK patient management, including liaison with MCAS.  She has also completed several Masters level modules and was involved in service development projects to improve patient care.

Heather is new to the FCP role on the Wirral but has prior experience in a bank ‘Physio First’ role for Cheshire and Wirral Partnership. She is looking forward to closer collaborative working within the GP practices and helping to develop the role locally.

After graduating in 2012, Dan has spent the majority of his career working as a musculoskeletal Physiotherapist in a variety of sectors including amateur sport, the military and private and NHS hospitals. He has supplemented his development with a range of additional learning and courses, most notably an MSc in sports injury rehabilitation in 2019 and a further Masters Module in the Diagnosis and Triage of Spinal Conditions in 2021. He has worked with Wirral University Teaching Hospital since July 2020. 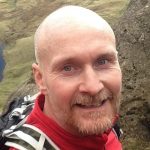 Drew qualified from Liverpool University in 2001 and has since worked in Fife, Scotland, Countess of Chester and has been at WUTH as a Static MSK Therapist for over a decade.

He has experience working with all teams in the MSK Physiotherapy department including Lower limb, Hand, Upper limb and spinal teams including time spent delivering the Chronic Pain Management program and individual patients at the Pain Therapy Unit at Clatterbridge. He has an interest in Vestibular rehabilitation and treats these patients in Physiotherapy.

He has worked in Lower limb MCAS clinics and has worked in Private Practice on the Wirral for 16 years alongside his NHS commitments.

Hannah qualified as a physiotherapist from the University of Liverpool in 2014, and commenced her MSK physio career at Wirral Community Health & Care Foundation Trust (WCHC). She then moved on to Aintree University Hospital NHS Foundation Trust in 2016, where she rotated around a variety of inpatient and outpatient specialties to gain a breadth of experience.

She returned to WCHC to specialise in MSK in 2018, when the MCAS service was set up with Wirral University Teaching Hospital NHS Foundation Trust (WUTH). She is currently half way through an Advanced Clinical Practitioner MSc at the University of Liverpool; and joined WUTH in May 2021 to be part of the FCP service.

She looks forward to working closely with the primary care MDT to deliver the highest quality of patient care.

In May 2021, she has started her FCP role at GP practices and continuing with the previous roles at WUTH.

She has an MSc in Exercise Science which enabled her to carry out a clinical trial about frozen shoulder.

She has written an article about her trial and the paper has been published in a peer reviewed journal.